Letterpress is a word based game in which you use letters you have to try and make as many words as possible. You are given 25 letters. All you have to do it enter those 25 letters into our letterpress solver and we will do the rest. We will find every possible letter you can make with those 25 letters and help you win the game. No more wanting to pull your hair out of your head.

How to play letterpress

You have to pick letters from a 5x5 board of tiles. You can use those letters to form words. When you are done forming your word then you hit the "Submit" button and your turn is done.

Here is an example with letters W and E being defended. 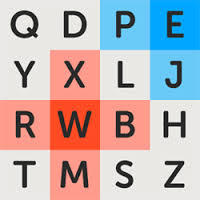 The game ends when all the tiled letters on the board are colored.